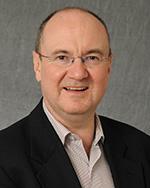 After graduating with a Bachelor of Science from University College London in 1981, Douglas Nixon received his medical degree from Westminster Hospital Medical School, London, in 1984. He then went on to train as a pathologist and clinical virologist at the University of Oxford and received his Masters degree in 1991 and his Ph.D. in Immunology in 1992. During his time in Oxford, he made substantial contributions to the understanding of the newly emerged Human Immunodeficiency Virus (HIV). Dr. Nixon spent the following three years at a biotechnology company in New York working on vaccine development, before joining the Aaron Diamond AIDS Research Centre at the Rockefeller University in New York as a postdoctoral fellow to investigate how antiviral T cells function in pediatric HIV infection. In recognition of several important contributions to HIV/AIDS research he made while there, Dr. Nixon received the Elisabeth Glaser Scientist Award in 2000. He joined the Gladstone Institute of Virology and Immunology in San Francisco as an Associate Professor the same year to continue his HIV research. In 2006, Dr. Nixon became Professor of Medicine at the University of California, San Francisco (UCSF), and Associate Chief of the Division of Experimental Medicine at UCSF. In October 2013, he was recruited to The George Washington University as Chair of the Department of Microbiology, Immunology and Tropical Medicine. As of July 2018, he resides in New York City and is a Professor of Immunology in Medicine at Weill Cornell Medicine.